By Shoshana Kohn-KutnySeptember 19, 2022No Comments 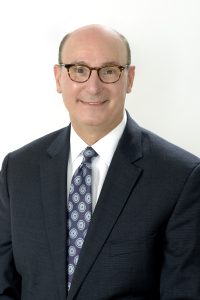 The Middle States Association Commissions on Elementary and Secondary Schools would like to announce the appointment of Michael L. Smith, Director of the American School of Valencia in Valencia, Spain, as commissioner.

“Middle States is fortunate that Michael has agreed to join us as a commissioner,” MSA-CESS President Christian Talbot said. “With extensive experience in international education and a long history as a Middle States volunteer, Michael is sure to have an impact on our efforts to strengthen schools worldwide.”

Prior to becoming Director of American School of Valencia in 2013, Smith was Head of School for ES International School in Barcelona, Spain and Naples, Florida, where he started as a social studies teacher in 2003.

In addition, Smith has been a Middle States volunteer since 2007, and has led teams of educators on visits to schools in several countries including, Kuwait, China, Spain, Moldova, Malta, Luxembourg, Saudi Arabia, Qatar, United Arab Emirates and Germany.

He is also a member of Middle States’ International Schools Advisory Committee, where he volunteers twice annually to review and provide feedback on Middle States accreditation reports for international schools. In 2019, Smith received the Susan K. Nicklas Outstanding Volunteer Award. Given annually, the Nicklas Award recognizes a dedicated volunteer who has advanced the Middle States mission to foster continuous school improvement through accreditation.

Smith earned his bachelor’s degree from West Virginia University and his master’s degree in international education from Endicott College.

“As a leader of a Middle States member school and as a longtime volunteer, I have seen firsthand the power of accreditation to galvanize educators and students and set them on a path for success,” said Smith, who is one of five new commissioners. “I am honored to serve in this role, which culminates more than a 15 of experience with the Middle States accreditation process.”