Congratulations to Our Outstanding Volunteers!

We are happy to highlight this year’s recipients of the  F. Laird Evans and Susan K. Nicklas Outstanding Volunteer Awards and the Henry G. Cram Accreditation Leadership Award. 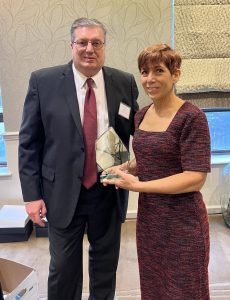 “Dr. Haag’s extensive knowledge of education management combined with her experience having worked in schools throughout the world, have made her an asset to Middle States and to our member schools,” said Glen Mort, Ed.D., interim president of the Middle States Association Commissions on Elementary and Secondary Schools. “Middle States volunteers share a passion for improving education for all students, and Dr. Haag is a clear example of that.”

Haag, who has spent most of her career in curriculum design and instruction in international schools, currently works as an education consultant in Ohio. She has led teams of educators on visits to schools in the U.S. and around the world, including Catholic schools, a military academy, and an alternative education school. Haag earned her bachelor’s degree from John Carroll University in University Heights, Ohio, and her master’s degree in educational leadership curriculum and a doctorate in philosophy from Cleveland State University in Cleveland, Ohio.

Laird Evans is the former president of the Middle States Commission on Elementary Schools and an ardent supporter of school accreditation. 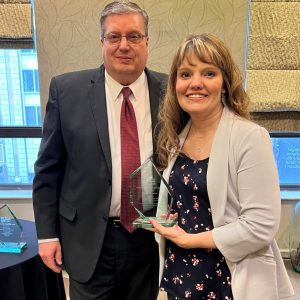 “Nicole is a dedicated volunteer with Middle States who has provided critical support to numerous schools undergoing the accreditation process,” said Glen Mort, Ed.D., interim president of the Middle States Association Commissions on Elementary and Secondary Schools. “Nicole recognizes how powerful it is for schools to work with leaders in education like her, to share information and tips for success, and to support each other.”

In addition to her current role as Career & Technical Education Coordinator, Zernick has served as a coordinator of continuing education and career placement programs with the Greater Altoona Career & Technology Center in the past. From 2007 to 2014, Zernick was an educator in the Altoona Area School District. She has led teams of Middle States volunteers on visits to a number of career and technical schools in her home state of Pennsylvania, and in New Jersey, New York and Virginia.

Zernick earned her bachelor’s degree in marketing and management from Saint Francis University in Loretto, Pa., and her master’s degree in education from Indiana University of Pennsylvania in Indiana, Pa.

Susan K. Nicklas served as the executive director of the Middle States Commissions on Secondary Schools from 2002 to 2005 and was a member of the staff since 1993. 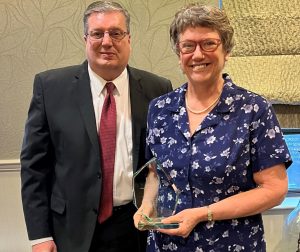 Kimberly Lytle, the former director of curriculum for the Diocese of Erie, Pa., is the recipient of the Henry G. Cram Accreditation Leadership Award.

“Kim is well respected in the education community and deeply knowledgeable about the accreditation process,” said Glen Mort, Ed.D., interim president of the Middle States Association Commissions on Elementary and Secondary Schools. “It is wonderful to see Kim honored for the important work she did in her career to support students and teachers in the Diocese of Erie and at the schools she has worked with as a Middle States volunteer.”

The Accreditation Leadership Award is named for Henry G. Cram, who retired from Middle States in 2019 after serving as president for nearly 14 years.